Meplomene is the Muse of Tragedy, she is currently scribed by MN Kee. 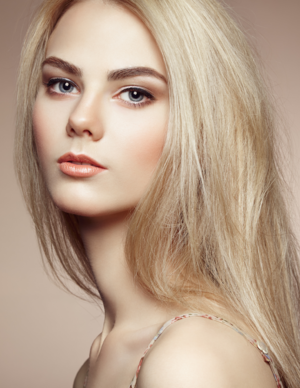 Children: Some of the Sirens

Melpomene has worked in the funeral industry since as early as the Victorian Era when it became prominent. She recently moved back to Greece, opening up her own practice: the Gótthos Funeral Home & Cemetery. It’s located a couple towns over from the God Complex HQ. The interior, exterior, and expansive grounds are heavily based in gothic and Victorian styles, appealing to the dark souls out there waiting for their final resting place.

Melpomene resides on the same property as her business, the Gótthos Funeral Home & Cemetery. Her Victorian style home is situated at the far back of the property, in a small wooded area beyond the expansive cemetery. It’s nicely secluded and requires you to go through the cemetery to get to it. In the mornings, a thick fog rolls through, creating an eerie atmosphere that would make any goth girl squeal with delight. She enjoys walking through the cemetery to work every morning.

General Overview: Once the bright-eyed, cheerful muse of singing, that version of Melpomene is long gone, smothered by a millennia of darkness. Wherever she goes, tragedy follows, and it has taken its toll on her, causing her to revert in on herself. She’s quiet, sullen even, and through her attire and demeanor, she outwardly embodies all that she feels inside. While, at her core, she’s a kind, thoughtful person, the truth of the matter is that she struggles to fight her inner darkness. She’s haunted by devilish thoughts and impulses. Sometimes it feels like it’s another person entirely, a split personality if you will, and as such, she wholeheartedly believes she’s cursed. In order to satiate the guilt, she tries to give back to society wherever she can, but she fears that good deeds will never be enough to keep the darkness at bay.

Nicknames: "Mel" to those who have some working relationship with her, "That goth chick" to strangers

Likes: The macabre, the Victorian era, all things gothic, antiques, the sound of crying, the nightlife, journaling

Dislikes: Perky people, mornings, being in the sunlight for extended periods of time, “normal” clothes, electronics (because they often malfunction on her)

Split Personality. There’s another side, or alter, to Melpomene, one she fears and struggles to control. This side of hers is dark and nefarious. It enjoys causing tragedies and cares not who it hurts, opposite to the values and morals Melpomene normally upholds. This other persona is always there, like a niggling darkness in the back of her mind. It pokes and prods at her, urging her to give in to “her” dark desires, and sometimes, it wins. This other personality can at times take complete control over her. When she finally switches back to her normal side, she’ll find that she has lost hours, if not days or weeks, of time.

Memory Loss. Melpomene can lose hours, if not days or weeks, of time. It’s usually caused by either her dark alter taking over or as a negative side effect of using one of her abilities.

Danger Magnet. Tragedy seems to be drawn to Melpomene, which can put her and anyone unfortunate enough to be around her at the time, into dangerous and often traumatizing situations. This can be anything from witnessing a car crash, to stumbling upon the victims of a brutal homicide, to straight up being caught in the middle of a freaking tornado.

Impulsive. Melpomene has a bad habit of acting without thinking first, and her dark alter only exacerbates this. If it sees an opening to cause a little mischief or tragedy, it will often swoop in and cease the moment. She’s then left to clean up the mess in whatever form it may come in, that is if she even remembers doing it at all. If she does remember, well, she’s not exactly one to ask for help. Shame too often keeps her lips sealed.

Tragic Flaw. In true tragic form, Melpomene has the ability to discern the character trait in another person that, when manipulated, can cause their luck to change for the negative (or positive). By looking into their eyes, Melpomene can see the flaw inside them, a crack where the soul's light shines through. This happens with anyone she holds eye contact with for more than thirty seconds, dredging up information Melpomene isn't always sure she wants. As a result, she tends to look away often, not from shyness, but out of respect for others' privacy. It tends to make her a little melancholy because no matter how lovely the person, if she looks too long, she always sees their deepest flaw.

Tragic Song. One of her abilities that carried over from when she was the muse of singing. Through her gift of song, Melpomene can mesmerize an individual to do her bidding and/or drive them mad. It almost always ends in tragedy. A side effect of using this ability is memory loss. She often can’t even remember when or what she did when she uses this power. It’s not as effective on immortals, i.e. they can resist it.

Tragic Foresight. An involuntary ability that allows her to sense when a tragedy is about to occur. She'll often find herself innately drawn to the place where it will occur, her feet taking her there seemingly of their own volition. Depending on the severity of the tragedy, it can cause her to bleed gold ichor from her eyes.

Tragic Hindsight. Sometimes touching someone, whether they're dead or alive, can trigger a vision of a tragic event from said person's past. The vision she gets when touching a deceased individual is more often than not one of how they died.

Jinx. The ability to give something or someone bad luck with a mere touch. She's not 100% in control of this ability and is not immune to its ill effects either. That's right. She can jinx herself. The effects don’t last longer than 24 hours and backfires on her 3 out of 10 times.

Normal Daily Wear: Melpomene lives and breathes all things gothic, and fashion is certainly no exception. She leans towards the romantic and Victorian styles. Lacy, flowing dresses in black and red or dark blue. Aristocratic suits with a high collar and intricately embellished with lace. Extravagant ball gowns paired with corsets, feathered hat, long black gloves, and plenty of jewelry. These are some of the things she can be found wearing on any given day. A signature piece of clothing of hers is a mourning veil. When a tragedy occurs and if/when her eyes bleed gold ichor, she’ll cover her face with it.

Alternative Dress Wear: Her around the house attire is a black t-shirt and baggy sweatpants or shorts. In general though, she enjoys dressing up, even if it’s just for a party of one, i.e. herself.

Tragic Mask. A haunted tragic mask that’s said to drive whoever wears it mad. She usually keeps it locked up in a glass display case, but sometimes her dark side will use it for nefarious means.

Club of Ajax. A powerful weapon that can bash through almost any solid surface with minimal effort. She keeps it by her bedside table, you know, just in case.

Bones, the Undead Cat. The only thing magical about him is that he can't die by natural means. Once an orange tabby, chunks of flesh are missing in various places to reveal the bones underneath,

Melpomene is one of the nine muses, or goddesses of the arts and inspiration, born to Zeus and the titaness of memory Mnemosyne. She was once the muse of song and dance, before taking on her more commonly associated title as muse of tragedy. It’s not known for certain why she became associated with tragedy, but one potential theory is that when the muses first appeared in Greek mythology, the art of theater had not yet been developed. It’s thought that when this artform grew tremendously in popularity it needed a patron, so she was assigned to it. Melpomene and Achelous are said to be the parents of several sirens. Not much else is known about her other than that she is associated with Dionysus and is often depicted wearing cothurnus and holding a tragic mask.[1]

The blue and red strobe lights cast an eerie reflection on the debris littered pavement. A hunk of mangled metal that was once a car is loaded onto the back of a truck. I hardly register the sound of the ambulance doors slamming shut before it drives off, taking with it the recently deceased. Or rather what was left of them. I stand there on the sidelines of it all like a ghost dressed in black.

My name is Melpomene, daughter of Zeus and the titaness Mnemosyne. I was once the bright eyed, cheerful muse of singing, but nowadays I’m known as the muse of tragedy. Don’t ask. It’s a long, painful story. All you need to know for now is that I’m cursed. Wherever I go, death and despair are soon to follow. I’m a walking tragedy, an omen of bad things to come.

“Ma’am. Ma’am!” I jerk out of my haze, my blue-green eyes looking up at the police officer. His gaze is empathetic, almost pitying. “Is that all you remember about the crash?” I give him a curt nod. He jots down one last thing on his notepad, before turning his attention back to me. “Do you have someone you can call that can come and ensure you get home safely? That was a horrid crash for anyone to have to witness. You’re likely in shock. I don’t want to end up cleaning two crashes tonight.”

I give him a tight smile. Clearly, he didn’t know who he was talking to. This is pretty much a usual Wednesday for me. “Yes, I do. Thank you.”

Back in my car—It’s an antique, mind you, as I love old things—my mind plays over the past few tragic hours. I was driving home after running some errands when I felt it in the pit of my stomach, that all too familiar call of tragedy. I took the nearest entrance ramp onto the highway, and it wasn’t long before I spotted a car swerving erratically in its lane. I followed them. I couldn’t resist it. I had to see how it all played out. It was just in my nature.

I saw the car take an exit, not slowing down as they approached an intersection. The light turned red, but they didn’t stop. You can imagine what happened next. The night air was filled with the sounds of screeching tires, crunching metal, and breaking glass. I remember vividly the blood streaked across the asphalt. A torso here, and a leg there, as I got out of my car to survey the damage.

I pulled my black mourning veil over my face as the first rivulets of gold ichor fell from my eyes. I took a deep breath of the crisp night air, ripe with the sounds of wailing. Oh sweet tragedy, we meet again.