Dolus is the prime of trickery, he is currently unscribed. 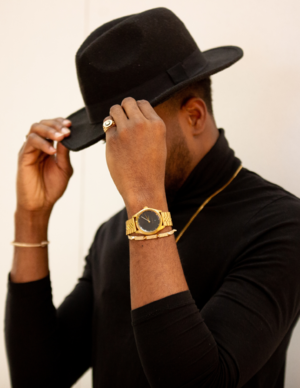 Eyes: Dolus’ eyes are naturally brown but they turn silver when he is using his powers.

Distinguishing Features: Tattoo of a coyote on his lower abdomen. It glows gold when he is using his abilities.

Dolos owns his own art and sculpture museum, although he barely spends time at it.

Dolos lives on the 60th floor of the GC

General Overview: Dolus has always been free to roam around the Earth. He left Olympus shortly after Ate fell to go find himself and cause some trouble. During the Renaissance Era, he found his love for art and has been pursuing it ever since. It helps him sooth the voices in his mind and keeps him distracted. Now that he has his friends back, he is back to his old ways of causing Chaos while running his Art Museum on the side.

Tongue Tied. Dolus is only able to speak in lies. This can be frustrating for him when he is wanting to tell someone the truth. Over time, he has learned how to cheat and tell half lies when trying to get his point across.

Rebellious. From a young age, Dolus has always rebelled against his superiors, doing things his family would find not appropriate. He has the urge to do things in a way that isn’t seen as acceptable and will usually go through with it.

Illusion. As the Prime of Trickery, Dolus makes you see what he wants you to see. This power was something he taught Atë when she was young, which is why she is also the goddess of Delusion.

Rabbit Out of the Hat. Creating things from clay is one of Dolus’s favourite things to do. He can use this to his advantage by creating objects from clay that will come to life for a short period of time to create mischief.

Normal Daily Wear: When he is at home, Dolus will wear a spare shirt and black jeans while creating his art. Many of these clothing articles have stains on them from past art experiments.

Alternative Dress Wear: When going to a Art show or Gala, Dolus will wear black turtlenecks and black dress pants. He will wear whatever is in style for Artists to wear while out.

DOLOS (Dolus) was the personified spirit (daimon) of trickery, cunning deception, craftiness, treachery and guile. He was an apprentice of the Titan Prometheus and a companion of the Pseudologoi (Lies). His female counterpart was Apate, the spirit of deception.[1]