Erebus is the Primordial of Darkness and Shadows, scribed by M.K. Stoddart, voiced by Forest Mannikko. 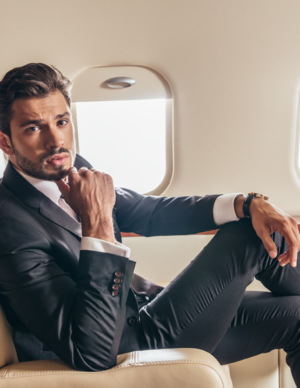 Eyes: Brown, with flecks of green and yellow.

Distinguishing Features: Black wings that disappear when in presence of mortals, black symbol tattoos that cover his chest and shoulders, physically fit

Owner and Operator of Erebus After Dark. Erebus DeeJay’s high profile festivals. You’re not just hiring a DJ but an experience. Shows include aerial artists/performers, fire dancers, pyrotechnics. Business location is primarily in the God Complex Headquarters on Floor 14.

Floor 14 in the Headquarters, God Complex, Greece. Erebus has private hideaways, dark caves if you will, where he retreats to when he wants to be left alone.

General Overview: Erebus is generally reserved and composed. But at times he can be quick tempered. He will distribute his anger quietly and swiftly to those who cross him.

Erebus can get in moods where he wants to be left alone for days if not weeks, so to most God/dess he appears to be a loner. As a primordial he has his wife, brothers, sisters and children and that is more than enough for him. His new job as a deejay gives him all the mortal and godly interaction he can stand. His life as a fun loving deejay is a persona he puts on just for the mortals. He will not stray from character when in their presence.

He is loyal and protective to those who are close to him. No matter how much Nyx may play on his nerves, Erebus has always been faithful to her; Erebus would never even think of touching another Goddess. However a few immortals have been known to show Erebus a good time every now and then.

Likes: Reading history books and noting where his interference with mortals has played a part in society. Erebus prefers driving over flying. Has a love for fine art- in particular Picasso’s Blue Period, and Vincent van Gogh’s Starry Night. Wine. Most Gods don’t even know this, but Erebus loves to surf; when he takes off for months at a time you can usually find him in a tube off the Australian coast. Erebus has a guilty pleasure of binging old episodes of popular TV series from the 90’s as well as Supernatural.

Dark-Hearted. Erebus is moody, brooding, and doesn’t just love the dark – he is the dark. He wears his emotions on his sleeve, enjoying how they bleed. Erebus doesn’t just have mood swings. He has a whole damn playground.

Me, Myself, and Not You. Erebus enjoys being alone. He has become accustomed to his own solitude and can sometimes find it difficult to be around others (or understand why anyone would want to be around anyone else). While the Primodial of Darkness is far from needing protection, his tendency towards isolation leaves him vulnerable. Not that he would ever admit it.

Unwavering. Erebus is as loyal as the night is long. He is faithful to the people, things, and causes that he loves, often to his own detriment or counter to his own feelings. Loyalty follows love with Erebus, as sure as darkness follows light.

Dark Master. As the God of Darkness and Shadows, Erebus can bend and shape shadows into the stuff of nightmares. Playing on fears and paranoia, Erebus can use the mind’s own darkness to play tricks on itself, amplifying terror to frenzied and debilitating levels, even in strong-willed souls. Immortals are not immune to his powers, however, since they have lived long enough to comprehend their own darkness, it is harder for Erebus to bend it back on them, and takes considerably more power to try and do so.

Cover of Darkness. Erebus has the ability to manipulate his essence to obliterate all traces of light in an area, both natural and manmade. This magical darkness has various levels of permeability based on the size of the area being affected (the smaller the area, the less penetrable the darkness, even when inside it). Since this power is an extension of his essence, Erebus can only have this effect if he is in the area.

Dark Ties. Erebus can bind another person with their own shadow mentally and physically. By weaving a piece of his shadow with theirs, their own shadow takes on form and substance, binding them, either in their mind, a place, or physically. Because a person can never escape their shadow, there is no escape from these dark ties. Not until Erebus releases them.

Heart of Darkness. Mortals may not know where their dark, unimaginable thoughts originate, but Erebus does. He is the whisper of forbidden things and unfulfilled desires, that thing you would do if you knew you wouldn’t get caught. Erebus can break the moral restraints on the heart and mind, driving mortals to commit dark crimes as offerings to the God of Darkness.

Normal Daily Wear: Erebus is a man of style. He will never leave the OA Building unkempt. Always up on the latest mortal trends, even if he doesn’t agree with them, he will be sporting it better than the most popular male mortal. Erebus likes to blend in and be “unseen”.

Alternate Dress Wear: While in the confines of his offices or hiding spots, Erebus will be dressed all in black, always.

Black hole Ring. Gifted from Chaos, Erebus never takes this ring off. The powers within this ring are terrifying to anyone, mortal and immortal alike. If you think the crypts of hell are scary you haven’t been thrown into a black hole and lived to talk about it. Its magic is the ultimate weapon to banish anyone at any time.

REBOS (Erebus) was the primordial god (protogenos) of darkness and the consort of Nyx (Night). His dark mists encircled the world and filled the deep hollows of the earth. In the evening, Erebos' wife Nyx drew Erebos' darkness across the sky bringing night and his daughter Hemera scattered it at dawn bringing day--the first obscuring Aither (Aether), the heavenly light of the ether, the second revealing it. In the ancient cosmogonies the heavenly ether (aither) and the dark mists of the netherworld (erebos) were regarded as the sources of day and light rather than the sun.

The name Erebos was also used as a synonym for the netherworld realm of Haides.[1]

So here we are, bowing down to Zeus, doing his stupid “Outreach to the Mortals bit”; like we are apart of some bad reality show. I mean, why should I have to listen to him, why should any of us? It’s not like he was one of the primeval deities or anything. Who was — oh, right me. Erebus. Born from the deep void of Chaos.

You know that that fear you get when you’re walking down a dark street. ME. Not Zeus. Dark shadows in every cave. ME. That creepy dark corner of the room. ME. That fear of what lies in the dark crevices underneath your bed— again ME. I am the dark mist spread across the evening sky. Some of you confuse me with Hades, but I was before Hades. He modeled his underworld after me. FACT. I taught Hades everything he knows. No fake news here.

Being one of the first five primeval deity’s, I have a big family. You may have heard of my bitch sister, Nyx; she’s around the Pantheon here somewhere. She’s a bit of a glory hog; continually taking credit for having all the power. So, what if Zeus is scared of her. She and I go hand in hand. So really, Zeus should be scared of me. And yeah, we have some family issues that would make you mere mortals think we were disgusting. But as if you have any right to pass judgment on us Gods. Zeus goes around this mountain fucking anything that looks at him. Why should I give two shits for having a few romps with my sister? Now I know you’ll hear the stories that we were in love and married, but give me a break there were only five of us in the beginning. It’s not like I had a tone of choices. I mean after she popped out a few kids— Aither, Hemera, Hypnos, Thanatos, and of course the triplets, Moirae— that does a few things to a woman’s body, goddess or not. At least I didn’t eat my own kids. Some Gods are just dicks.

Then there’s my older sister, Gaia, well don’t get me started on her. She had to go and provide everything beautiful for all you fucking mortals. Had I been around, I would have left you all in the dark, but whatevs.

Speaking of the dark, time for me to go haunt some poor defenseless mortal.