Hephaestus is the god of forge and fire, scribed by Iain Houston. 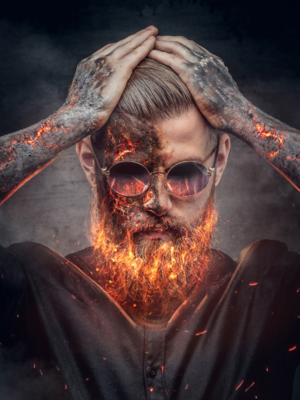