Sitting along the northern ridge of the Olympus zone, you’ll commune with Greece’s ‘divine’ natural heritage. Ravines and ridges, gorges and plateaus, deep caves and daunting rocks will make impressive snapshots. But they’re not just photogenic. This mountain harbors more than 1,500 types of plants (some endemic), dozens of animal species and many rare birds.

Seated in the Mediterranean region, the summers are typically warm and dry, while the winters are wet. The mountain peaks are snow-capped from the months of November to May, sometimes as early as September. The temperature fluctuates from an average of 0 °C to 20 °C in the summer and −10 °C to 10 °C in the winter. In the valleys, the temperature is as much as 15 °C warmer.

Olympus is known for its exceptional biodiversity with at least 32 species of mammals, 108 species of birds, and innumerable species of reptiles, amphibians, and insects. 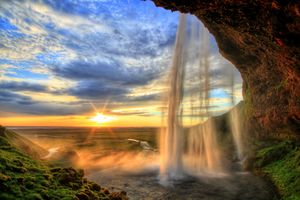