Difference between revisions of "Zeus"

Zeus is the King of the gods and lord of the skies, he is currently voiced by Michael Z. Ryan. 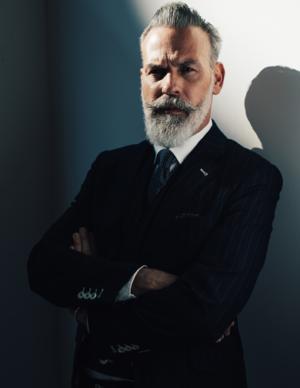 Height: 6’8 (variable at will. Generally operates at listed height)

Weight: 250lbs (variable depending on height. Generally operates at the listed weight.)

Hair Color: White. Hair long, with braids to mid-back. Sometimes ponytail, sometimes loose. He’s the boss, his hair is did how it is did.

Facial Hair: Longbeard, the kind you’d find on a wizard, only with less “old guy vibe”

CEO of The Olympus Administration(Parent company)