From In the Pantheon
Revision as of 08:37, 1 May 2020 by ErostheAmor (talk | contribs) (Created page with "Hermes is Messenger to the Gods, Guide to the Underworld, God of Travelers, God of Thieves and Trickery, he is permanently unvoiced. thumb === Know Your Go...")
(diff) ← Older revision | Latest revision (diff) | Newer revision → (diff)
Jump to navigation Jump to search 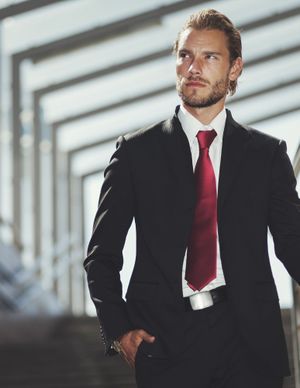 Immortality – Technically immortal. Immune to the effects of aging, cannot die by any conventional means, and is immune to all known mortal diseases and infections.

Babble-speak – Can communicate in all languages and dialects.

Quantum Teleportation – As messenger for the deities, he is able to transport himself beyond obstacles to include: locked doors, walls, and even realm barriers. This provides him the ability to deliver mail, packages, or the dead where they need to go.

Bardic Persuasion – In addition to being a skilled musician, Hermes can sing a quite charming tune. Those who here Hermes sing treat him like a rockstar. This ranges from simple adoration to complete willingness to perform whatever he desires.

Supernatural Thievery – As the God of Thieves, Hermes can steal things without any direct physical contact and without alerting others to the action. He can also disarm or deactivate traps and locks telekineticlly.