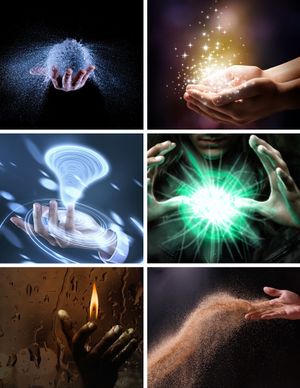 Natural disasters cause great waves of Shinvith births, and when things return to ‘normal’, they return to their origin home to either die, or sleep until they are needed once more. Shinviths typically sit around the 300 million mark in population across the globe, what with pollution, greenhouse emissions, and global warming becoming more prevalent.

If the Silver Surfer was defined by elements, that is what a Shinvith would look like.

The Shinvith are all a part of one family – one tribe, spread across the world. Their hometree, located in the Mantiqueira mountains, hosts over 20 million Shinviths; the rest reside in places like sacred Indigenous grounds, Aboriginal lands, temple groves and gardens, and many land and nature preserves.

Relations: The Shinvith have close ties to the earth and its energies.

Language: Can speak any language they wish to communicate with.

Common First Names: While Shinviths communicate among themselves without a true name, it is recognized that they must have something for mortals to identify them by. Common names would be Ao, Lief, Aya, Bry, Joor, Syn.

Common Family Names: Shinvith do not use surnames.

Shinviths can walk and run, as well as glide. They do not fly, however. They are quicker than the average human, and have inhuman strength that they almost never put to use.

Adventures: Shinvith typically do not leave their dwellings unless they have to deal with an unbalance.

Level of Advancement: Similar to Aztecs.

While they did not interact much with humans, they helped build and protect the wildlife and wilderness all over the world.

Each Shinvith can manipulate and communicate with the element they are attuned to fire to fire, earth to earth, etc. When it comes to man-made items, the highest content of natural materials will indicate what Shinvith looks after it.