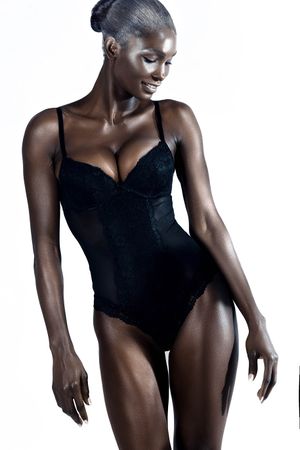 Primordial of Night and the Dark Web

Nyx is the Primordial goddess of the Night and the dark web. She is also the firstborn child of Chaos. Nyx is currently voiced by Ashley Gallaher-Pollard

Hair Color: Prismatic honey gold, worn in loose, long waves that fall to her thighs, or in a fishtail braid.

Distinguishing Features: In both mortal and immortal form, she has a bright white scar on her abdomen (from Kronos), faint white scars across her arms, and faint vitiligo markings in the shapes of hands.

In immortal form, the handprints are a solid gold, and glow softly. Her skin is literally the night sky – it reflects constellations, nebulas, shooting stars, and reacts to her emotions, and contains roaming sunbursts, inherited upon her being saved from death. Her wings are a dark ash gray and gold-tipped.

Owner/Operator of Whole Latte Love Coffee Shop & Daycare, a 24-hour business that caters to all lifestyles and the children that come with it, across the street from Nox Nightclub

Owner of Eventide, located in the Isle of Skye

Apartments in Tartarus; the 17th and 29th floors inside the Headquarters of the God Complex, a flat in the heart of London, England, and Eventide – 1,500 acres and a temple in the Isle of Skye.

General Overview: Among the Pantheon, Nyx is one of the more calm, cool, and collected immortals. She is prone to suss things out before acting, and is generally cordial and level-headed in most discussions or debates. However, should you cross a line that treads into the territory of her family or her past, you will find her to be fierce, sassy, and will go for the throat if provoked enough.

Nicknames: Nykki, Nyktos, Nyxie (Only Eros is allowed to call her such, do so at your own risk)

All In The Family: While her love for her family is quite strong, it is also her weakest point. Nyx has a much higher chance of acting irrationally if it involves her family, or those she cares for.

Gypsy-soul: Nyx finds it hard to stay in one place too long; mortals would call it a gypsy soul, or wanderlust. While being on the move has aided in her extensive knowledge, it also means she misses out on a lot of potential relationships and moments that being a homebody entails. It makes her lonely sometimes.

Lost In The Night: After her recent death experience and her failure to protect those she loves, Nyx suffers from an uncharacteristic loss of self-confidence that manifests as anxiety, especially where her ability to protect what she loves is concerned.

Babble-speak. Nyx can communicate in all languages and dialects.

A Mother’s Love. Nyx can hide away mortals and, when necessary, immortals, from other mortals and most immortals. This does not work against other Protogenos.

Glitch In The Matrix. New-found powers accidentally leeched from a tulpa has gifted Nyx the ability to manipulate technology and its informational flow. With this symbiotic power, she is able to lift security protocols, hack systems, and implant viruses, among other things to the degree she is not opposed by magic, firewalls, or other security measures that are beyond her ability to bypass.

Owl Ring – Gifted to her by Gaia, Nyx’s ring lets her send quick messages to any of her family members

Kopis – Nyx’s kopis was forged by her own hands when the Titans were gathering to start the war. It grows dull in mortal hands, and may only be wielded by those with immortality in their bloodline.

Shard of Chaos – Embedded at birth, this shard is a direct connection from Chaos to her firstborn child. Thus far, it has not exhibited any powers, though Nyx is extremely attached to it, and considers it her ‘second heart’.

There is a certain cliche in the way we all want to love in the light. “Come to the light”, “Help me see the light”, “The light of my life”. Everyone wants to stay in the light, the warmth, the special place where all the ‘good’ people go. The idea of being something other than just ‘pure’ and ‘unadulterated’ is a sin to speak of, a blasphemy on the word of the gods.

What god are you speaking of, and who has set these principles in the stone you carry?

The word of the gods is a chaotic mess: a cluster fuck of he said, she said, muse said, Hesiod said. How can anyone claim to know what we all say, when we are just like you? We have pasts, opinions, friendships, loyalties, oaths, loves lost and found. We have grown far from the old tales that paint us as tyrants and abusers and tycoons. We don’t clamor to someone who claims to be “special” and help them become a king or a queen. We do not instigate wars, we do not demand obedience. And yet, you close your eyes to the change.

The idea of living to the standards of the gods is not the one we want you to have, because our “standards” never existed. We came back to earth to rekindle our relationship with you, yes. We came back because, though Zeus may have told us to, we want to be a part of you once more. There is “mortal” in our “immortal”, and the difference between you and us is that we have millennia of more experience than you. Anyone can be gifted, have skills, wield a certain magic, have the aim of a sharpshooter. The idea that you cannot is absurd, and I implore you to look further than that.

Show me your darkness, show me what made you who you are. Tell me the stories of your past, what demons haunted you. And when you have emptied yourself to me, I will tell you that the dark has cared for you all along.

I will become their nightmare, and they will never wake up.