Morpheus is the god of dreams, leader of The Oneiroi, currently voiced by Shelly Teems. 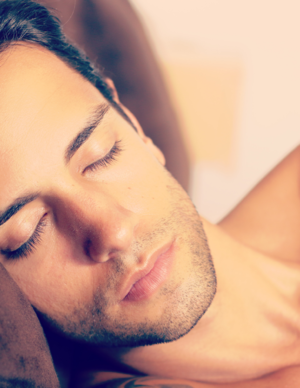 Siblings: Morpheus and his brothers make up The Oneiroi

Morpheus owns an art club named “Cloud Nine.” It is open from dusk to dawn. The business is a haven for poets, painters, singers, acting troupes, performance art, and supports other artistic endeavors.

The underworld, the dreamscape, and floor 9 at the God Complex.

General Overview: Morpheus is an introvert, but occasionally enjoys companionship with the right people, usually deities. He has a dark sense of humor. He loves poetry and dim nightclubs. He is awkward when it comes to romance.

Out Of Sync. Morpheus is awkward socially and suffers from a lack of confidence in the normal mortal situations. This comes from spending too much time in The Dream where things are under his complete control.

Displaced. Even though he is still more powerful than mortals in the flesh, Morpheus feels weaker when he is in a physical form outside The Dream. Though this vulnerability is not sensed by other immortals, Morpheus feels the lack of physical strength, which heightens his feelings of self-consciousness.

Fatherless Child. In an extended Pantheon close-knit by ties of family, Morpheus feels the lack of a father figure. This disconnection bridges into a broader sense of distance with the family he does have.

Babble-speak. Morpheus can communicate in all languages and dialects.

Well of Dreams. Morpheus is the keeper of the Well of Dreams, from which dreams that foretell futures for mortals are drawn. Morpheus brings these dreams to mortals as needed, sometimes at the directions of other immortals.

Dreambound. Morpheus has the ability to waylay the consciousness of a dreamer and keep them in the Dream Realm indefinitely. In the case of a mortal, the length of time would be limited by their body’s ability to survive unconscious. In the case of an immortal, the time could be much longer, with the immortal weakening the longer the dream state was maintained. Morpheus sometimes uses the Dreambound power to ease the experience of coma patients as well. For Morpheus to trap a dreamer in the Dream World requires a continuous and unwavering application of power, which limits Morpheus’ other abilities as long as the Dream Bond holds. If the dreamer is willingly held, it requires significantly less energy than if Morpheus is holding the dreamer against their will.

Dream Door. Morpheus can travel from the Dream Realm into the physical world by going through the Dream of a dreamer and exiting through them. The only limit on this form of travel is that the dreamer must be asleep where Morpheus wishes to travel to, and Morpheus must know where that dreamer is sleeping (where their body is) for accuracy in travel.

Alternate Dress Wear: Sometimes Morpheus wears flamboyant clothes, glam rock, or even the occasional suit. Regardless of how fancy he must dress, he always adds an edgy flair.

Poppy Tea. Morpheus has a tea brewed of poppies from the land of dreams that serves as a painkiller and can also be used as a method of facilitating lucid dreams. The poppy tea can induce group hallucinations and help with analyzing messages.

Ring. Morpheus has a ruby ring set in black gold that can pull another dreamer’s consciousness into the dream world with him.

I am Morpheus, the god of dreams. My mother is Nyx, Goddess of Night, first born of Chaos. She is the creator of the Oneiroi – the thousand spirit brothers that inhabit the Land of Dreams.

The caves were so dark, no ray of sun or moonlight found a crack to slip through. Silence reigned. Surrounded by poppies, you can imagine it a wonderful place to drowse and dream.

I am a master of transformation. I appear as a beautiful mortal and sometimes a winged demon. The words morph, morphine, amorphous, and metamorphosis stem from my name. There was a character in a popular movie named Morpheus who changed or shaped his fake world by dreaming. I am a messenger of the gods, builder of dreams, and when mortals sleep in my arms, they dream about their future.[1]

I am Morpheus, the god of dreams. The caves were so dark, no ray of sun or moonlight found a crack to slip through. Silence reigned. Surrounded by poppies, you can imagine it a wonderful place to drowse and dream. My brothers and I make up the Oneiroi.

I am a master of transformation. I appear as a beautiful mortal and sometimes a winged demon. The words morph, morphine, amorphous, and metamorphosis stem from my name. There was a character in a popular movie named Morpheus who changed or shaped his fake world by dreaming. I am a messenger of the gods, builder of dreams, and when mortals sleep in my arms, they dream about their future.

I usually spend my time in the dreamscape but have been summoned back by Zeus. I’m supposed to get a human job. I’ve never been a fan of sunny days, fluffy clouds, and bright lights. I prefer the night, rainy days, and dim nightclubs. Perhaps I will open an art club. I do love poetry, painting, piano bars, acting, dancing. Usually, it happens in dreams, but I’d love to make it a reality.

I’m an introvert and prefer to keep to myself; however, with the right people, I enjoy companionship. I commune with constructs such as animals, mystical creatures humans know as faeries, vampires, and I even re-create characters from human movies and television shows like Cheshire cats, Mogwai, and baby Yodas. They do not breathe air, but they don’t need to in my world.

Have you ever dreamed and wondered how to interpret it? Nightmares, sexual fantasies, adventures, missing teeth, alien abduction, or everyday things that are suddenly weird and unexplainable? All me. I design messages and deliver them to you every night. Many you will never remember. Some will leave you baffled, afraid, aroused, or indifferent.

Now that I reside in the mortal plane, I have woven a physical appearance I am most fond of. I appear to the earthly eye as a male Goth. I sometimes wear makeup, black pants, eyeliner, and t-shirts. Sometimes I dress more flamboyantly and elegantly, but always with an edge – always with a dark flair. I have a few tattoos. I blend in unless my intent is to stand out.

I love all genders, am pansexual, but rarely have romantic inclinations. I use the pronouns he/they. I get lost in my dreams too much, lost in the minds of the transient folk we preside over. We have never gone, only been forgotten. Zeus intends to remedy that and is succeeding in his plan even as I write these words.

Do you want to see my wings? Come closer now, and I will unfurl them. You only need to fall asleep in my arms, and I will reveal spectacles of your life already written in the stars and studied if only you weren’t blind.