Hera is the Queen of the Gods and Goddess of Marriage, currently voiced by CJ Landry. 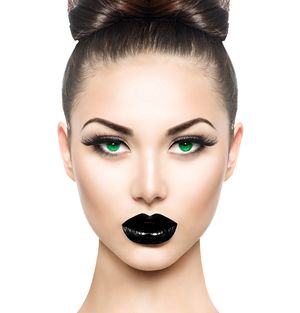 Hair Color: Chocolate Brown and always pulled up in some type of intricate braided bun. When her hair is down it hangs just past her hips.

Distinguishing Features: Hera has a peacock tattooed on the right side of her back that extends from her shoulder to her upper thigh. However, no one ever sees it except for Zeus because she never wears anything immodest that would show it. On the rare occasion that she wears a top that might show the edge of it, she glamours the tattoo away. Even her toga covers it.

Hera is the owner of Ever Faithful Marriage Counseling. This firm strives to keep marriages healthy and happy and families together. However, if a reconciliation is unattainable we strive to make the divorce as stress free as possible for our clients and their families.

Penthouse of the Headquarters in the God Complex, Greece.

General Overview: Hera is usually very reserved and professional which can come across as her being haughty and rude, which she can be on occasion. She understands Zeus’s need to bring the Gods into modern times and will do whatever she can to support his efforts. She knows that while the lesser Gods have the freedom to fool around with the decree she must remain rock solid in her position as queen even though that means that she must become the bad guy to get them to participate. She puts up with no nonsense from the other Gods or mortals involved in this project.

She lives for the moments when she can spend alone time with her family. She adores her children and (most) grandchildren and wants nothing but for them to succeed at everything they do. Hera spends time in the background watching over her family and helping out when she can do so without being noticed. In her downtime she slips her heels off, curls up in her office chair with a hot cup of tea, and watches videos on YouTube of children and small animals being adorable.

Hera saves her real smiles for those YouTube videos, her children, and Zeus (who deserves them occasionally).

Smite – Though she has gained considerable control over the millennia and no longer has to worry about her husband’s philandering igniting her temper, Hera is vicious when aroused to wrath and is likely to smite first, think later.

Unshakeable Love. For all his failings and their rocky journey, Hera loves her husband, Zeus, and would do anything, risk anything for him. Formidable as she is, her love for her husband is the only chink in her otherwise impenetrable armor.

Matriarch. Hera loves her family and puts them first, even to the point of explaining away their foibles. She is unwavering in this devotion and can become irrational if anyone questions her dedication or threatens what she sees as hers.

Marriage Goddess. Hera can manipulate the outcome of any marriage, separation, and divorce through the manipulation of the underlying energies in the union. This works strongly with mortals, less so for immortals, although there is still some influence there. Hera does not use this power to meddle, as she considers her own union sacrosanct. She does, however, rely on it heavily with her marriage counselling service for the purpose of ensuring that marriages meant to be can remain strong, and those that are detrimental end in a parting.

Protector of Women. Hera watches over women and provides divine protection for those in childbirth, to prevent sexual assault, and their general overall health. When Hera is called upon by a woman who is pregnant or in the throes of childbirth, Hera’s aura falls over that woman and/or child to ensure their safety. Hera hears all that call out to her during sexual assault and, should she choose, those prayers summon her like lightning to all places and locales where she is not restricted from entering.

Mind Manipulation. Hera can manipulate a person’s mind to cause feelings of insecurity, madness, and even blindness. She can have this effect on mortals and immortals alike, though it takes much more effort with an immortal and, in some instances, may not be wholly effective.

Limited Weather Wielding. Hera can change the current weather conditions within a 5 mile radius of her focus with respect to the climate and season. This includes precipitation, temperature, and wind. Hera can call wrathful storms and bring lightning as well as bringing clear skies. Hera is the only immortal that can safely wield Zeus’ master Bolt, and can tell you each and every time in history that she has had to do so.

Normal Daily Wear: Hera is always wearing some type of black pantsuit with silk blouses in colors which are found in her peacocks. Her feet are always in 3” black heels.

Alternate Dress Wear: When the ceremony calls for it she will still don a toga but she prefers her suits.

Peacock Clock – A gift from Nike, Hera imbued it with the power to cause mortals to say nothing but the truth of their feelings. It doesn’t keep them from lying in general but they are unable to lie about their feelings. It hangs on the wall in Hera’s office and has a 30 foot radius.

I really hate doing these things, but Zeus is the boss and we have to do what he says, right? HAHAHAHAHAHAHA. That’s probably the funniest thing I’ve said in about a decade. Oh, hang on, I’m laughing so hard there are tears. Just a second.

Everyone thinks I’m a hateful old bitch who doesn’t do anything but yell at Zeus and plot ways to kill his bastard children. Well, okay, I do all that, but I’m really so much more.

I have peacocks which are beautiful creatures and even though Zeus bitches about them shitting everywhere he built them a lovely two-story palace.

I also love to stroll in the garden with a few of the other Goddesses and gossip. No, I won’t tell you who they are, I don’t want there to be any jealousy. Besides, I’m sure you can figure out who they are – basically anyone who hasn’t slept with my husband….which is admittedly very few.

Let’s talk about that. Yes, Zeus can’t keep his rod in his toga. Yes, he’s disregarded my feelings about this for several thousands of years. But there comes a point when a woman just has to decide how much she loves her husband.

Do I like that he screws around? Of course not. But I would be miserable without him.

So I let him. The only time we have a real problem in our marriage is when he refuses to not be fertile and gets one of his whores pregnant. It’s the one request I’ve made of him over the years. I mean, it’s bad enough that everyone laughs at me because of what he does, you’d think he’d be able to try not to rub his infidelities in my face.

Now, look at what you did. You made this all about him, damnit.

I really don’t want to do this anymore, so let’s make this quick, shall we?

I’m the Goddess of Marriage and the Queen of the Heavens. I am vengeful and unjust and quick to anger. I am also compassionate and hopeful and just a woman who wants to be seen for who she really is and not who she’s been made to be.

And I am NOT their fucking babysitter.