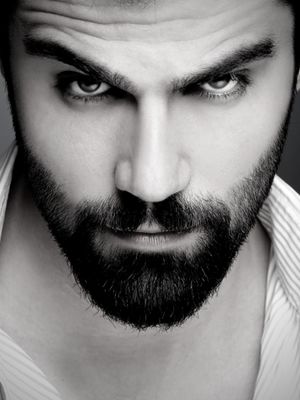 King of the Underworld

Hades is the God of the Underworld. He is currently voiced by Ethan Gith.

Facial Hair: Full beard, close trimmed and impeccably groomed. Close on the sides than a bit longer off the chin.

CEO of the Underworld Consortium

The Underworld, currently located in the sub-basements of the God Complex HQ, God Complex, Greece

General Overview: Hades is, overall, a straightforward god. He is very active in the modern business and political worlds and enjoys affecting mortal decisions in the pursuit of an excellent deal, one that usually favors him. He can be seen as persistent when it comes to accumulating wealth. Because of his regular exposure to the mortal world, he has mastered the art of sarcasm and wry humor. When engaging with mortals, he is seen as intelligent and handsome.

Administrator. Hades will, at times and regardless of consequence, do only what is right for the Underworld. Whether that be deciding who stay and goes, deals to be made, assets to be gained, he sometimes finds it impossible to separate who he is from what he does.

Misunderstood. Because Hades drew the Lot of the Underworld, the nature of his role meant foregoing the worship his brothers enjoyed. Mortals, fearing death, would not speak his name for fear of drawing his attention. There were very few temples built to honor him. Instead of adoration, Hades has had to content himself with fear as his primary offering from mortals, knowing that once the mortal has died and come to his realm, perhaps then, he can set the record straight. To shield himself from the discomfort, Hades has become desensitized to emotions and the opinions of others, which has suited him just fine. He has a job to do.

Homebody. Hades enjoys the solitude and comfort of his palace and gardens, at times, more than anywhere else. This means he may miss out on or pass on events that others would consider earth-shattering. As the only King whose person is synonymous with his realm, Hades is bound to his kingdom and cannot be outside himself - outside the Underworld - for too long without needing to return to the home which is his heart.

Earth King. Hades is the ruler of the Underworld and all that falls within its sphere of influence. Everything below the surface of the ground is under his control and rule. Hades is the only one of the three Kings whose name is synonymous with his Realm, and as such, he is bound more tightly to it and holds singular dominion over it, without the shifting balance that occurs between Zeus and Poseidon. Hades’ powers extend to literal control over earth and stone, as well as to things that affect the Underworld and all that pertains to the Dead.

Shapeshifting. Hades appears to mortals and immortals alike as a 6’5” caucasian male, well-built but discreet about it. As one of the Three Kings who share this ability, he can take the shape and appearance of any human or animal he wishes.

Enthralling. Hades has always been charismatic. Mortals can resist everything except for Death, and of that, Hades is King. While Hades can use his aura to sway mortals and even immortals to be open to his suggestions, it’s his eyes that can captivate, holding another in thrall until he looks away or there is a distraction. While Hades holds his target in thrall, he can deliver verbal commands - more like extremely persuasive suggestions - that they will be compelled to obey. For mortals, these commands may be anything, as mortals cannot resist death. For immortals, these commands must align with that immortal’s own nature, as contradictory suggestions will be rejected as intrusive. The command holds until it is obeyed, releasing the energy. Mortals do not remember how they came to the actions they have taken, however, immortals may.

Dark Summons. Everyone comes to Hades eventually, and they always come when called. Hades has a business to run and has grown accustomed to not having to wait for things to just fall in his lap. Drawing on the power of his realm and his own charismatic nature, Hades has delved into the art of summoning - the wayward dead, other supernatural entities, elementals of earth and fire key to his realm - for the purposes of getting the job done, whatever that job is. No one keeps the King of the Underworld waiting. He’s made sure of it. The combination of his said charismatic nature and his collecting and studying of ancient tomes has allowed him this ability.

Good To Be King. Hades is the god of luxury and wealth. Having dominion over precious metals and ores of the Earth, Hades has supreme wealth and can have whatever he damn well pleases. From actual business transactions to the simple conjurings of pleasurable things, Hades ensures that he and his guests enjoy the best of what the Underworld has to offer.

Scholarly Pursuits. Hades is the ultimate at procuring ancient texts, tomes, and library manuscripts. His library holds all sorts of reading and study materials from throughout the ages that hold a lifetime-of-lifetimes knowledge and history, much of it lost to time. Hades collects anything. As an avid reader and voracious pursuer of knowledge, nothing is too obscure or too eccentric for his collection.

Geokinesis. Hades can create, shape and manipulate earth and “earthen” elements including most solid objects, specifically all minerals and mineral compositions regardless of their state.

Living Ink. Hades’ tattoos are imbued with magic from the Underworld, giving them a life of their own, should he choose to use them:

Normal Daily Wear: Generally wears a sharp designer suit; colors vary on his mood and circumstances. When he goes out on his bike, he decks himself out in riding leathers, matching leather jacket, and a black skull bandana.

Key Ring: Holds the Key to the Underworld; any key on this ring is uncopyable unless Hades has given express permission.

Signet Ring: To keep things simple, Hades has traded in his scepter and bident for a signet ring, a shadowed skull engraved in it.

The Underworld’s Wheels: The Lord of the Underworld is not to be outclassed. While his brothers may have yachts and private jets at their disposal, Hades prefers to blaze his own trail with a custom Triumph motorcycle. Capable of passing through any of the gates that lead to the Underworld, as well as creating portals to the destination desired. Autopilot that will take Hades to either the Apartments or Olympus.

The mortal realm has evolved from dying like moths to a flame, to outliving several species of creatures. Consequently, my waiting room is hardly as full as it used to be, which I suppose is not a bad thing for mortals. It does, however, cut into my sphere of influence, and therefore I am left with more time to ponder things I have not considered in the past ten, twenty, one hundred years.

Apologies, I am rambling. Allow me to start over.

I am Hades. Lord of the Underworld and all that comes with it: the Styx, Cerberus, the illiterate Charon, the giant iron door to the Titans, everything. I cannot begin to tell you about my recent history because honestly, the last few hundred years have been a bit of a gray area, even for me. I have been on autopilot, swimming from one task to another. I have lost the joy in creating, in gardening, in existing. Quaint for the Lord of the Dead, no?

When Zeus moved the Pantheon to Earth, I did not keep the goings-on on my radar. I set up shop and went back to work – that was that. And it has run smoothly, all things considered, except for me. I do not feel like the King that I am. I do not feel like I am what I should be. So, I am back to the drawing board to see what I can do about it.

But make no mistake.

I may have lost my vision, but I have not lost my power nor my mind. I am not here to lust over men and women, toy with the Fates, or spread chaos. I do not enjoy mischief, nor do I condone senseless behavior. You will not come before me with a whim and expect me to bow to it. Perhaps you have been indulged by the rest of this family, but you will not find me so giving. You earn respect. You earn loyalty. You earn trust. And you will find that the King is still very much alive and kicking.