Apollo is god of the sun, healing and prophecy, he is currently unvoiced. 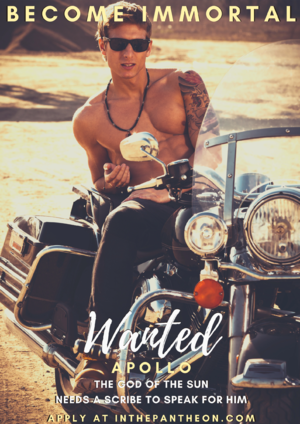